Select a link to visit.

Three weeks ago, in assembly, Miss Kelly announced to the whole school that there is a competition called Crazy Creatures. Miss Kelly entered because Leah, Amelia and Ava got their saga published; it is called Ancient Adventures and you can buy it in any book store. If you win the Crazy Creatures you also get your saga published in a book will lots of other sagas  from other children. You may enter but just remember they close the entry’s on the 1st of December 2016.

Look at me day/Anti-bullying week

On Friday 11th of november (last week) it was also remembrance day but that will be on another report. It was anti-bullying week. We had a look at me day, so we had to dress up in what we like or what our hobby is. We all walked around the hall so we could see what other people were wearing. Also so we could see what the yr3’s like because they are  new to Carr Junior School. Miss B did a fabulous assembly about Anti-bullying week.

On the 13th of September if Roald Dahl was alive it would of been his 100th birthday. He is a wonderful author that has rote 20 children books in total.He even has his own language called Gobblefunk and a dictionary.

These are some quotes...

Phoebe said: He is Gobblefunkly fantastic.

Ella said: He should be respected.

Leah said: His stories are magical.

Ava said: He should be remembered.

On Friday 9th September 3 lucky girls got chosen to go threw to the 2nd round of a saga competition Miss Kelly told us about last year. The names of the 3 successful girls were Ava Brown, Leah Bulley and Amelia Stead. Their sagas will be properly published. We have interviewed them all this is what they said:

Q. How does it feel to be an Author.

A. It is very exciting and it is a one in a lifetime experience,

Q. What is it like to have one moment of full attention,

Q.  How does it feel to know that your story is going to be published?

A. It feels honorable.

Q. Do you feel proud of yourself?

A. Who wouldn’t be proud of themselves?

Q. have you always  wanted to be a writer?

Q. What is  it like to have a slight bit of fame?

These three girls have done the school proud. They truly should be looked up to.

From Monday 13th to Wednesday 15th June the each year group held a french cafe for parents and carers to come along to.

The adults were given paper euros to pay with. To buy from the stalls they were to hold a conversation in french. It was a big hit especially for the children as they got to eat the leftovers.

This went on for each year group doing their french cafe. The week before the french cafe was held everyone practised french to be perfect on the day (almost).

On Monday 13th June, two ominous people (more of that later), came to spread the news about how teachers ARE SUPERHEROES!!!!!!!

Surprised, Miss Kelly was given her prize in class because she had the most people writing about her. Many students wrote who they thought which teacher is a superhero. Kate and Darren (the two ominous people) awarded the teachers their prezzies in assembly, their presents included some manicure stuff, sweets, coffee and tea.

On friday the 10th of June most of the year 6’s went on a trip to Eden Camp. Eden Camp is a war museum.They dressed up  in old clothes. Some people said it was smelly, good educational, scary, interesting,brilliant,dark,wet,and learnt history.

At Eden camp there are warplanes including a spitfyer.

By  Evie and Ella

On Thursday 9th June our school had the pleasure of seeing Oliver Twist.

By the cast of M&M theatrical. They showed us that men used to kill women and pickpockets can sometimes can be women. Just by luck, we got to see it for free because the original school that was meant to see it cancelled, so they offered it to us exceedingly last minute. It definitely passed joy from everyone, especially Mr. Gray. An array of fantastic songs were enjoyed. Talent and eagerness was shared between everyone to be like them.

On Monday 23rd May Mrs Stephenson got the butterflies. She waited 3 weeks and it crystallized and went into a christialation.

5H waited 3 days until it turned into a beautiful colourful butterfly, Then Mrs Stephenson let them go and they fluttered away.

Sadly, Mrs Martindale is leaving...Mrs Martindale was our art teacher she covered the teachers when they was on PPA. She left so she could go to a school closer to her house. 4K, 4G and other classes will miss her.

Phoebe said: she was the best art teacher in the school and nobody can replace her!

Petal: Mrs Martindale is so kind and we will always miss her!

On Friday 29th April, Carr Junior School had a Water Aid day. It was held by 6J, who held lots of stalls and games such as: A cake sale, penalty shoot out, a drawing competition and a book stall.

Water Aid is a charity raising money for children in poor countries and continents like Africa. 6J decided this was an important charity because dehydration is crucial.

On the Monday 16th May it was art week at Carr Junior School.

We made 3D bugs, printing and shading (which incorporated a plant pot). The first activity was printing which used some polystyrenem, pencil and ink work. Then we made the bugs which was super fun. After that we shaded and we sketched a pot. It was fun. All the year groups took part at some point over the week

On the 4th May 2016 something called Cook school happened. The year 4’s were the first people to do it.

The first thing we made was a lovely, lush and yummy fruit salad. The second thing we made was an unusual one, we made upside down pineapple cake (It was very very yummy if you were wondering). Sadly, the last cook school was on the 16th May - and we made yummy kebabs.

Everyone is excited for next term!!!!

Between May 9th and 14th - year six completed their SATS. They came to school at 8:30am to have breakfast so they had lots brain energy! When they finished they went to Acomb Green Park.

Before SATS there was lots of emotions including stress, worry and excitement! SATS are a very stressful time for the children!

On 27th April, a lady came in from the RSPCA to talk to us about her job.

She told us that she would be extremely grateful if we raised money and all the other jobs that you  could have at the RSPCA. She talked about how you had to be 18 to work at the RSPCA.   Everyone was extremely intrigued. She said that the government does not support them so they use their own money and adds up to thousands of pounds per DAY!!!


So they need you! By Leah 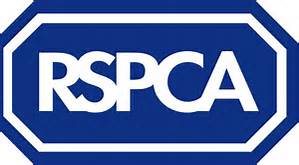 
On the 11th of April, across the school every student got a Sponsor form for there family, and neighbourhood to sponsor them. The children had to bring the sponsor money into your teacher.

Then we had a competition the runners up were, Amelia,Sam, Amile ,Christopher, Samson, Ava, Eli and Samson .  The winners were Adete and Archie.

last week year 6 were doing not real sats but mock sats. You had to be very quiet  whilst walking round school so you didn’t put year 6 of their tests.

Finally year 6’s mock sats were finally over fingers crossed everything when well !!!

By Ella and Evie

In the Easter holidays Carr junior school got new ipads.They are new but looks the same. We also got new Chromebooks because we have not got netbooks any more. I have interviewed some people to ask them about the new i pads...

Ella said : I think the new ipads are cool because they are not slow.

Petal said : They are quicker.

I think they are cool. By Me

A netball club has been launched by Mr.Luke. It will take place every monday after school and is open to all years.

Here are some students opinions Phoebe Church said ‘’ I’m nervous but tough.’’  I said “I am super excited!’’ There are still some spaces so if you want to sign up you can. Here are the details:

It is on every Monday and it finishes at quarter past 4.

World book day was internationally celebrated on Thursday 3th march though due to a school trip, Carr junior school celebrated on Friday 4th March. Here are some examples of costumes:

The queen of harts

World book day was amazing the hole of the school did something called a flash read!

On Monday Miss Ryder introduced us to Fairtrade Fortnight. She did a slide show to show us what people in Fairtrade grow. Also how it can help to make a difference.

In our classes we did some work about how to split the profit of say a banana fairly. Year 5 did some Fairtrade tea tasting for the Fairtrade breakfast that they and Year 6 would be organising.

On the 21st of January Wednesday 2016 the school choir also other Schools there including some other schools from York. There was a girl called Laura Write who sung at the rugby world cup opening   ceremony.

Phoebe Church said, “It was amazing and I loved the man in the yellow trousers.”

Monday 1st February- Sunday 7th February was National story telling week. Each year had a trip to Acomb library and got read a story.

Each year also worked on a story for the whole week. They were: The very hungry caterpillar (year 3) We’re going on a bear hunt (year 4) the cat in the hat (year 5) Mr.Gum (year 6.) The people/teachers that organised this was Miss.Kelly, Mrs.Kerr. It was a very fun week and we can’t wait till next year.